Friday morning 20th January 2017 saw a meeting of about 30 people in the Woodland Centre at Yarner Wood, on the next stage of Granite Elements. Andy Bailey, on behalf of Moor than meets the eye, welcomed us and set the scene on the project so far: Parishscapes – investigating local use of granite. He explained that artists Bridget Arnold and Viv Styles, launched the idea last March and there has been a packed programme of walks and art days since.

A flag inspired by the granite heritage of Dartmoor. Image: Bridget Arnold 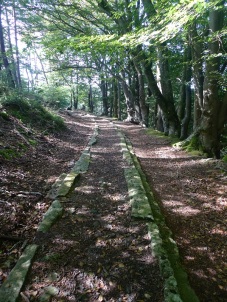 The granite tramway in Yarner Wood 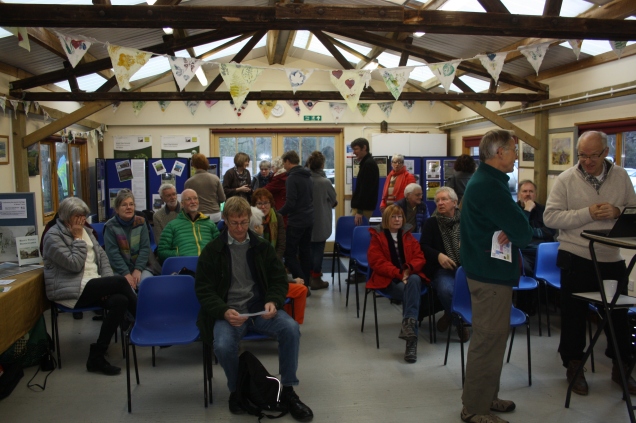 A celebration and launch of the Granite Elements 2017 programme

Bridget talked about art events held in the Woodland Centre, connections with the granite tramway and upcoming art exhibitions. Viv spoke of her involvement with the local artist society, as well as the Heritage Centre where there is a granite display and photos of parts of the old tramway spread around Bovey Tracey. Andy then introduced Kevin Page from Plymouth University, who gave us a fascinating illustrated talk on the geological history of granite.

He explained it all began 400 million years ago, going through the evolution into continents, early Devonian Abalonia and Gondwana. Then the forming of reefs, volcanoes and deep sea mud. Followed by continental collision 300 million years ago, sea areas being pushed up and building mountains. The rocks below started to melt, which is where the granite comes from, 290 million years ago. Haytor is early Permian. The movement of granite caused minerals to spread out, for example the Yarner Copper mine near the Woodland Centre. The sea flooded in 100 million years ago, when there was a greenhouse climate, loved by dinosaurs! Forests, hills and lakes appeared 40 million years ago: the origins of Dartmoor forest. Two million years ago the Ice Age appeared, and then the climate fluctuated, keeping the moor’s elephants and mammoths busy. Permafrost battered rocks and moved them around. In summary, Kevin pointed out that progress went from ocean, to mountains, to islands, to Dartmoor. He then asked for questions from the enthralled audience. These are some of his answers:

‘The climate is always changing, but man has a detrimental effect on the environment and there is a great need for sustainability’.
‘Fine granite is easier to work than the denser type, something early man would soon have discovered’.

Bridget said she hopes to get a group going to sustain interest in the granite tramway, before announcing coffee, cakes and a time for people to mix and talk to each other about the event. 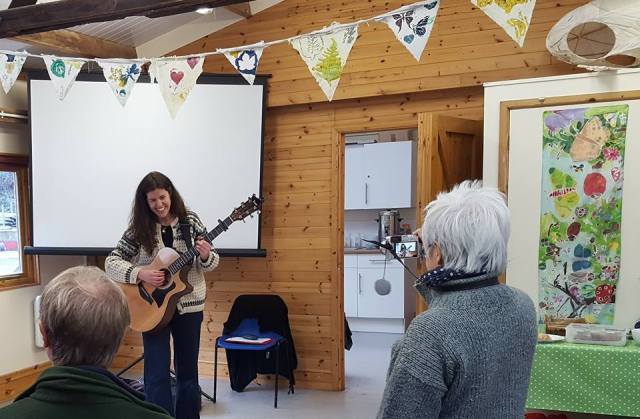 Em Marshall, Natural England volunteer and professional musician concluded the meeting with a lovely folk song about the Haytor granite links to London.

Date for the diary: If you missed out on the Granite Lines Creative writing workshop this Saturday 28th, there will be another workshop on Saturday 20 May.